Matt Bierschbach, L.Ac. was interested in healing from a very young age. He spent some of his free time as a teenager volunteering in hospitals, trying to learn how to best help people who were suffering, and to see which branch of medicine he wanted to study. He finished Marquette University at the top of his College class with a degree in Biomedical Engineering and worked as an intern for over two years in Medtronic’s Tachyarrhythmia Research group.

Matt wanted to find ways to help people before they needed any device implanted in them, and was encouraged by a few MD’s to seek ways other than conventional western medicine to help people (they warned of the control that pharmaceutical companies and insurance companies had of the medical field, and felt hand cuffed). With this advice in mind, Matt focused on medical research in hopes of accessing the body’s own innate healing ability. Feeling like he was embarking on a process of re-inventing the wheel, he decided to delay graduate school and volunteer to teach high school science on the Navajo Reservation in northern Arizona.

While on the reservation, a traditional Navajo medicine man tutored Matt and introduced him to the many levels of the human experience, and the miraculous ways in which the body’s innate healing ability worked. From the first teaching, Matt knew without a doubt that natural healing was his calling. His only question was how to make it accessible for people in the modern fast-paced world. He soon learned about Chinese Medicine and the incredibly track record of acupuncture and herbal medicine for over 5000 years.

Matt spent his first two years of Chinese Medical School at Pacific College of Oriental Medicine in San Diego, then the next two plus years at American College of Traditional Medicine in San Francisco. While in school, he had a busy massage practice and treated hundreds of people with acupuncture and herbal medicine.

After graduating, Matt put himself through his own post-graduate program, studying and practicing across the country, and around the world, finally landing in Hawaii for half a year before listening to the call to return home to Minnesota in early 2005. Since then he has provided over 2500 treatments each year and spends most of his free time with advanced studies of various healing modalities and continuing education.

Laconia was interested in healing from a young age. As a teenager suffering from anxiety and depression she decided to try out for a high school play and it changed her life. She found that acting provided a means of channeling mental and emotional energy through her body and voice where it was transformed in an exciting, productive, and communal way.

Laconia went on to work as an actor in San Francisco, training in various styles of physically meditative theatre including Butoh, Suzuki and Viewpoints methods. She then earned a Masters degree in playwriting from the Actors Studio Drama School in New York City, but eventually felt called to explore holistic methods of helping others. While training in Shotokan karate, she discovered Chinese medicine and was struck by its unified concepts of physical, mental and emotional healing.

After 6 years in New York Laconia decided to return to the midwest where she could live closer to family and nature and begin training in acupuncture and Chinese herbal medicine. While attending classes and internships Laconia also ran the Pillsbury House Integrative Health Clinic where she coordinated free care for hundreds of patients and organized numerous practitioners of acupuncture, chiropractic and massage therapy, the Adler School of Psychology, the U of M
medical school, and the Center for Spirituality and Healing. This unique experience had a tremendous influence on her compassion and insight as a practitioner.

Laconia graduated summa cum laude from the College of Acupuncture and Oriental Medicine at Northwestern Health Sciences University in Bloomington, MN. She is licensed by the Minnesota Medical Board and is NCCAOM certified in both acupuncture and Chinese herbal medicine. She has practiced acupuncture for over six years in a wide variety of clinical settings and has a special interest in working with teenagers, young adults, patients with eating disorders, menopausal symptoms, and anyone going through a major life transition. She is delighted to join Matt in providing the most effective, heart-centered care and helping patients feel at home and empowered in their bodies. 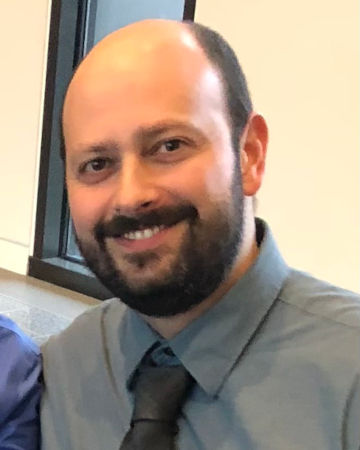 Alex’s interest in healing began around age 10 in the former Soviet Union, when he first started practicing martial arts, and was introduced to the energy systems of the body by his instructor. Since then, healing, clinical research, and martial arts have all been an integral part of his life. These disciplines provide insights and support in Alex’s work of helping patients recover and grow their health, at the clinic and in their daily lives.

Alex began his formal Chinese Medicine training in Israel in 2002, during which he also maintained a busy bodywork practice. After graduating in 2006, he ran a fully holistic clinic, utilizing acupuncture, herbal medicine, nutrition/lifestyle counseling and other techniques to help patients with health challenges. Alex works with patients across all age groups, often providing treatments to whole families, including using non-needle techniques for young children. He has helped people with a wide variety of pain syndromes, immune issues, infertility, and many other chronic diseases as well as acute issues.

After moving to the U.S. in 2015, Alex went through another round of Chinese Medical School to gain the necessary certification and licensure to practice in Minnesota. Alex is excited about joining the team and working with Matt and Laconia to provide excellent holistic care, helping people get through the health challenges that life often presents.